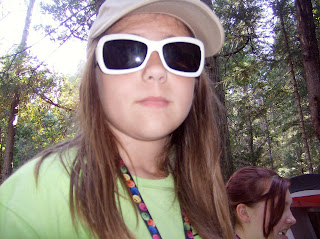 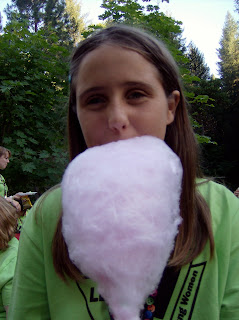 Kenzie enjoying cotton candy at the bbq down by the lake 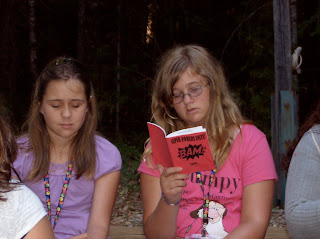 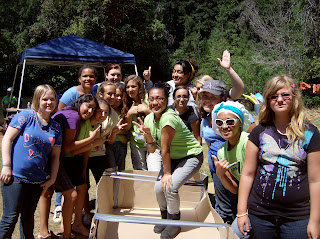 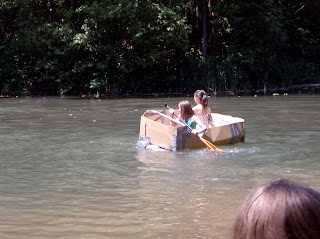 Kenzie and Monique In the boat. 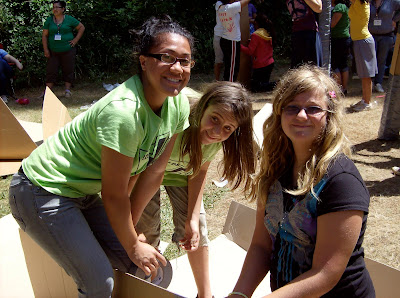 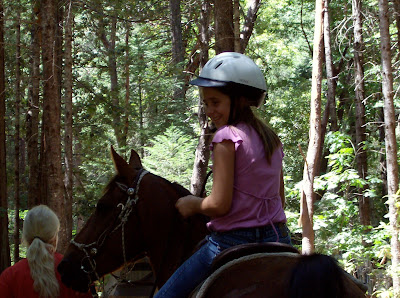 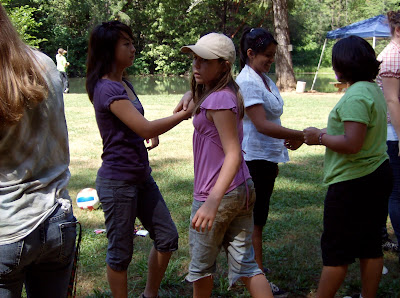 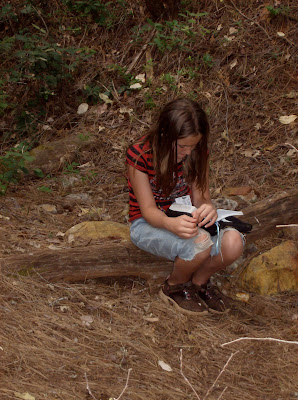 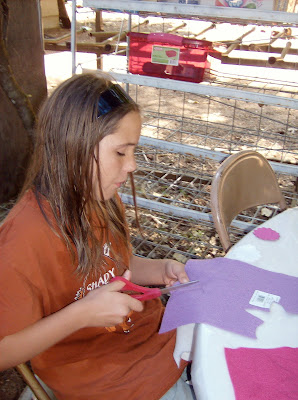 Kenzie was super excited to be at camp this year. She has been looking forward to it what seems like forever. While she did miss Eliza she did have a ton of fun and did a little bit of everything that was offered. I think her favorite place to be was down in the lake. She is a little fish.Her least favorite thing was she accounted for half the splinters being removed at camp by the nurses. She had a little one in her thumb and then on the last day she ended up with a great big one in her foot that nurses couldn't get out so they called in Brother Baire who was one of the camp dads but who is also paramedic to help remove it. I felt so bad for. That kind of put a damper on the rest of the afternoon for her. She was so sad because she had just been cleared to jump off the bridge into the water when she got the splinter.
While I really didn't see to much of her while we were there I was excited to be able to be there with her this year. This year was a great year at camp. This was my second year there but my 1st as the yw president. Which made it a bit more interesting for me. I really enjoyed being able to hang out with the girls and get to know them better. Girls camp really is a fantastic place to do this. I also really enjoyed doing the crafts this year. My biggest regrets was not seeing Kenzie a whole lot. I did get to see her and did spend some time with her but not a whole lot. I am bummed we didn't get any pictures together. Oh well maybe next year.
All in all this was a great girls camp.
Posted by Freyja Colborn at 8:31 AM