LAke Tahoe with the girl scouts 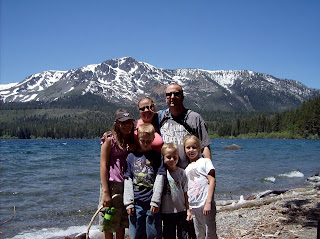 Us At Fallen leaf Lake. 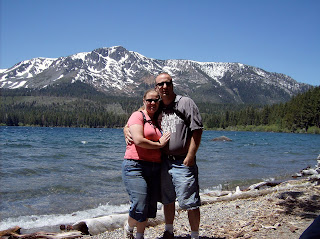 Ken An I at Fallen leaf lake 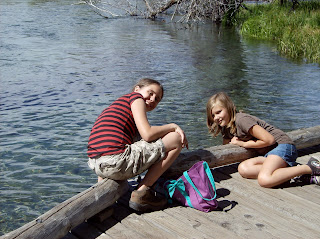 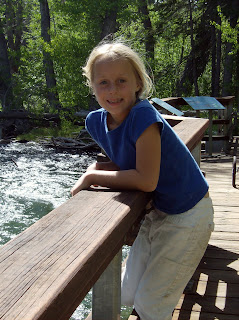 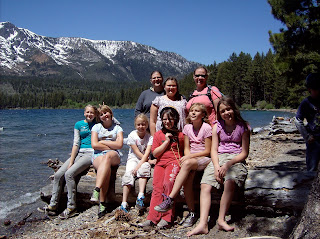 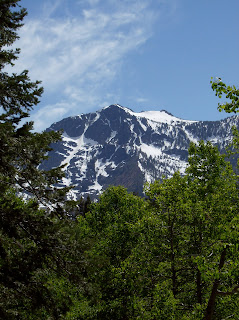 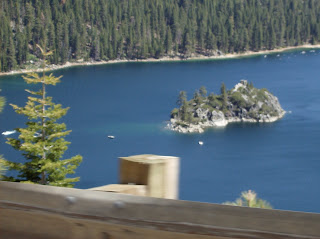 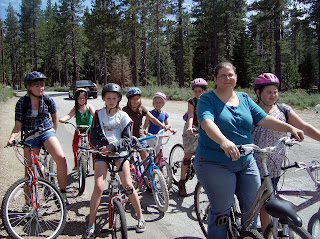 the troop going for a bike ride 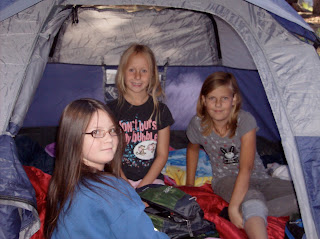 the three youngest members of the troop. Cali, Jami,Delila Samson 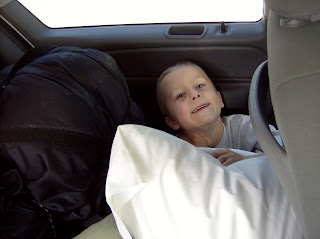 Sammy buried in pillows in the car 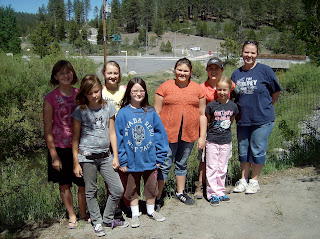 The troop taking a rest from a long drive. 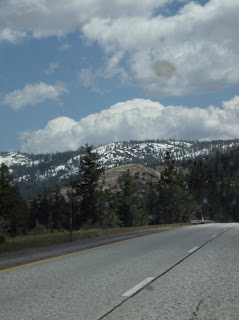 SO in June I took my little girl scout troop camping. And My husband and boys also came along. they got a different camp site and did a father son campout with them. We went to the campground at Fallen leaf lake wich is in the Tahoe Basin because it was cheaper. We had so much fun.
It was funny because when we first saw the snow when we were driving up there i had to tease the girls saying I bet you didn't know we we snow camping and all of them turned pale and said no. Of course there was none on there ground where we camped but it was still fun to tease.And it was in the mountains surrounding us which did make it a bit cooler but that was ok. We were there for three nights and while we were there we did bike riding, stargazing worked on a few badges and just all around had a good time. we also went to the visitor's center and did the trail there. I was shocked at how deep and high the river was. In all the years Ken and I have taken the family it has never been that high. that bridge Kenzie and Jami were sitting on was very literally sitting on the water. There was a part where the water was coming up from under the bridge and there was a nice puddle we had to go through to get to the other side of the bridge and trail. I am so used to being able to walk off the bridge and go a ways out before we even touch the water so this was a bit on the surreal side for me. It was nonetheless a beautiful site to behold.
I was happy to have all my family there. There was also another father there who did a father/ daughter camp out with the younger one while his wife helped with the girl scouts.
It was great. I am so happy I had this opportunity with these girls. I am also so thankful that I get to be this involved in my own daughters lives. What huge Blessing it is for me to be an influence in something they love so much. And Just knowing that makes it worth it for me. It isn't always easy but i honestly wouldn't change being there leader as long it isn't necessary.
Posted by Freyja Colborn at 9:31 PM No comments: 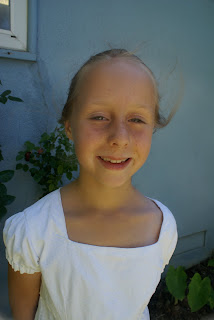 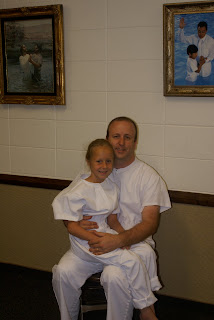 Cali and Ken before the baptism 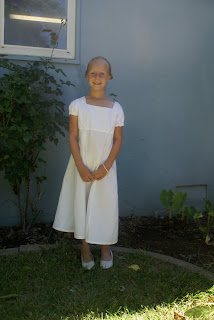 Cali in her new white dress that I made for her 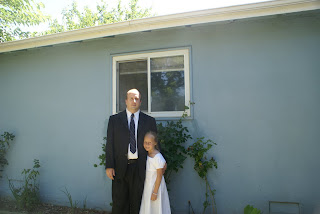 Cali and Ken after the baptism 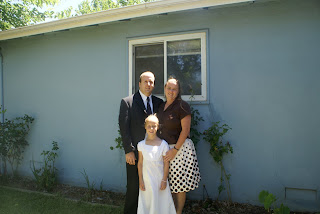 Today was a big day for miss Cali. She was baptized into the Church of Jesus Christ of Latter Day Saints.She has been waiting very anxiously for thsi day to arrive. She was so excited for today to get here. I am so proud of her.
Wow that is three out of the four baptized. That is Crazy.
Posted by Freyja Colborn at 8:51 PM 1 comment: 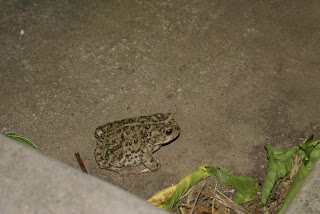 Say hello to Kermit. The night before Cali was to get baptized I had to run to the store. When I went outside boy was I shocked to see this big guy sitting on sidewalk right under my bottom front step. I am so glad I didn't step on him that would have totally freaked me out. It was so funny because he totally didn't move he was like a statue. When I got home from the store Kermit had moved to my garden.
Posted by Freyja Colborn at 8:44 PM No comments: 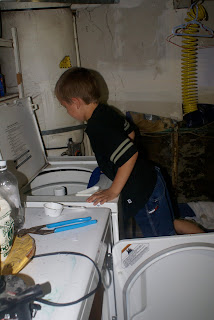 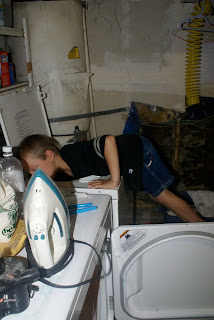 So today I was trying to get things cleaned around the house. I had just taken in a load of clothes from the dryer into the house when I came Back out I had to do a double look at Sammy because he was half in the washer trying to get the clothes out of the washer to put in the dryer. I of course had to laugh about this and I obviously had to go get my camera.
It's too bad that all my kids can't be this willing to help with the laundry. Oh well I will enjoy this while it lasts.
Posted by Freyja Colborn at 8:37 PM No comments: