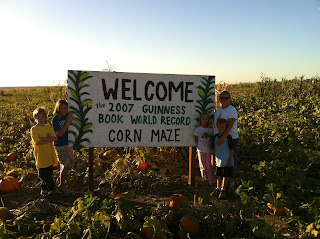 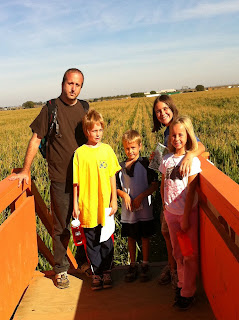 The family at the beginning of the maze. Here we go. 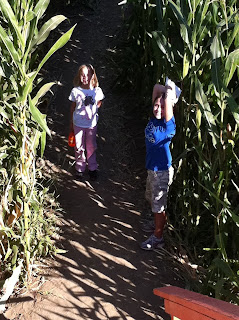 Cali and Nelson starting off. 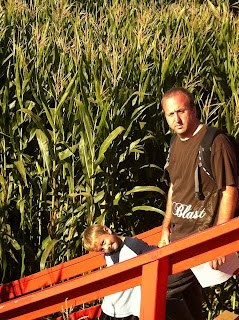 Daddy and Sammy heading down. 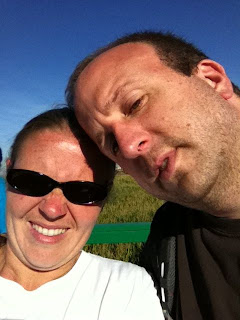 Me and Ken at the first break. 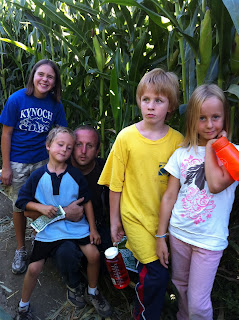 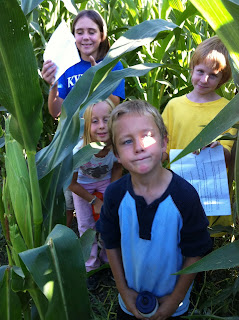 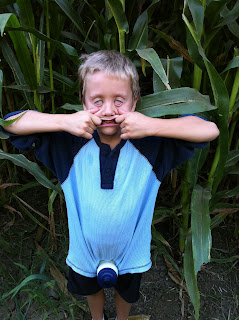 So in October we packed the kids up and went to Dixon. really that is only a couple hour drive not a big deal. There is a huge 45 acre corn maze there that we all wanted to go to. Now none of us had actually been to a corn maze before so was doing a huge one a good idea? Absolutely! we had a map of the maze and it was great. It took us about an hour and a half to 2 hours to get through it. Everyone was given the opportunity to lead the group until they got us to a dead end then we switched places. Of course Ken was watching the map the whole time so we never got to lost. It was cool to reach the different platforms and see how far we had gone and try to figure out where we were going. The kids had a blast and so did Ken and I. We took plenty of water and a snack and had fun. I would so totally go and do it again. Next time we will have to take some friends with us.
Posted by Freyja Colborn at 3:54 PM