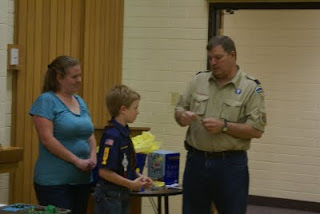 Nelson receiving his arrow of light among other things. 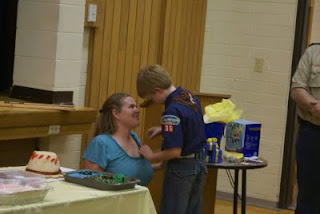 Nelson pinning the mother's pin on me. 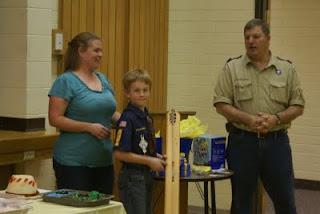 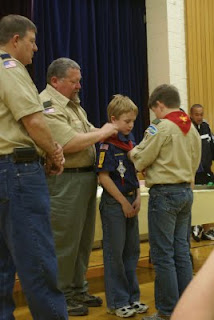 Ok I Know I am way behind but oh well. This need t be put up.
Yep he did it. In February at the blue and gold dinner he received his Arrow of light. He also received several belt loops and patches. He could not have been more happy. He worked really hard to get it. I am so super proud of him. When Bishop Keith Told him not every boy gets that award a fire was lit in him and I don't think I have ever seen him so focused on something before. It was awesome. I can't wait to see how does with the rest of his scouting career. Now to get him through the Faith in God.
Posted by Freyja Colborn at 2:47 PM