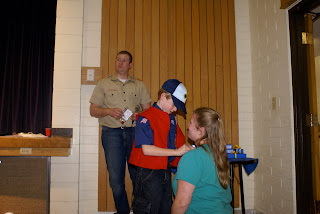 Nelson Pinning the mother's bear pin on me. 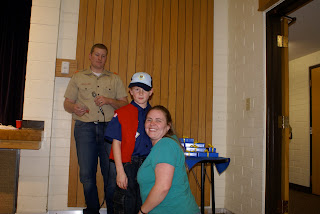 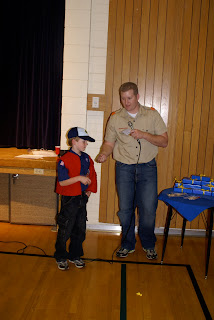 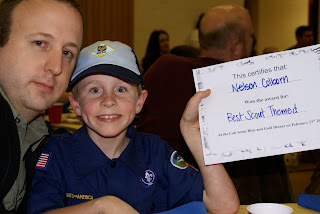 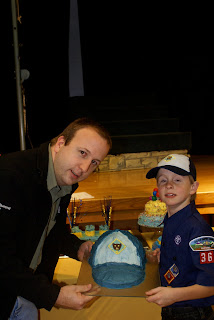 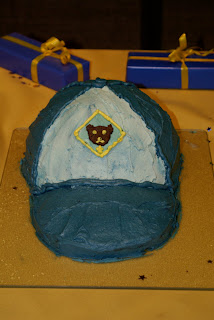 Tonight was the scout Blue and Gold Dinner. The boy scouts are celebrating 100 years. And in honor of that they requested that the boys and a parent make and decorate a cake. So here is the cake that Ken and Nelson made. They came up with the idea of making it in the shape of a boy scout hat. And In my opinion they did a fabulous job. Yes the whole thing may be eaten. Nelson was very excited to win the best scout themed cake award.
Along with the cake this was a big night for Nelson because he received his bear award along with all the achievement beads that go with it. In earning his award I also received one as well. In boy scouts The mother gets honored as well for helping her son to get to where he is. And the scout gets to pin the award on his mother. So I walked away with a pin of my own as well.He has worked really hard to earn this award. I am so proud of him.
Posted by Freyja Colborn at 9:20 PM

His cake was super awesome! Way to go Nelson! I loved it!

I loved it! Nelson and Ken did an awesome job. His late night paid off! Way to go Nelson!