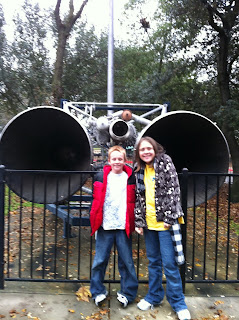 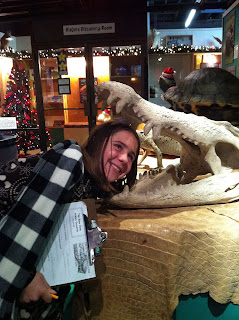 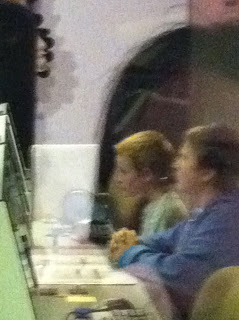 Really bad picture but the best I could get of Nelson during his space mission from behind the glass doors.

On the 14th Nelson's science class went to the discovery of science museum and Challenger space center, which is the same place. His class got to go through a simulation of sending a rocket into space. He was part of the "data" team. He had a blast. This class was a great opportunity for him and I am so glad he was able to take it. He wants to take Next semesters science class as well.

While Nelson was doing his space thing Kenzie and I went through the museum. While it isn't so big and exciting a 13 yr old could spend a ton of time there she did enjoy seeing some of the different animals that were there as well as learning about bones, alligators/ crocodiles and other things. I would definitely recommend going especially those who have smaller kids. Kenzie and I want to go back when the planetarium is open again. We were also told that in the summer they will have the space program open to more then just field trips for anyone 8 and older. So that is something I would like to look into as well.
I look forward to taking the rest of the kids back to enjoy the museum.
Posted by Freyja Colborn at 4:55 PM