A day of birthday parties. 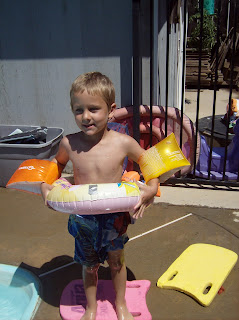 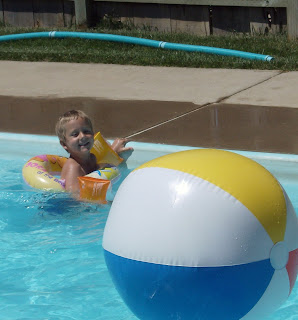 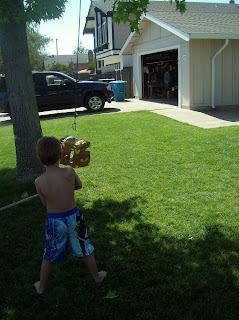 Taking A swing at the pinata 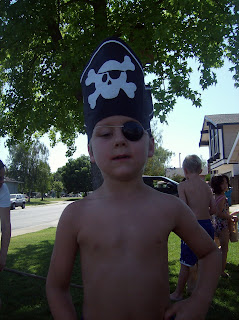 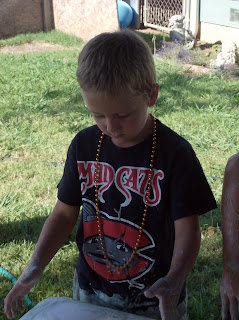 Sammy wearing his pirate beads and figerpainting at ethan and Alyssa's birthday party. 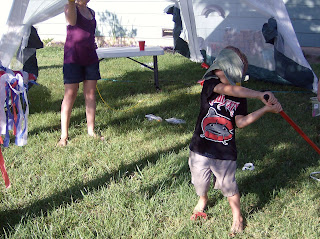 Taking a swing at his second pinata of the day. 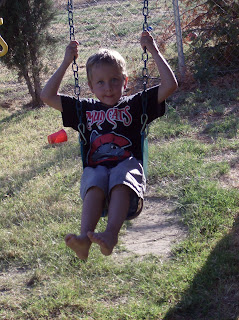 On Saturday June 27,2009 Sammy had the pleasure of going not to one but two birthday parties. He had so much fun at both parties. He loved getting in the pool for RJ's party and dressing up in pirate garb. He is such a cute pirate.
At Ethan's and Alyssa's he enjyed the finger painting with colored yogurt. He was a little wary at first of putting his hands it at first but then lightend up and had a blast.He also ended up in the water at party number 2 as well. Everybody ended up running through the sprinkers to get the yogurt off of them. I really wished Sam had stayed in his swimsuit but oh well. The important thing is he had fun. He also really enjoyed swing at pinata at both birthdays
Posted by Freyja Colborn at 10:35 AM